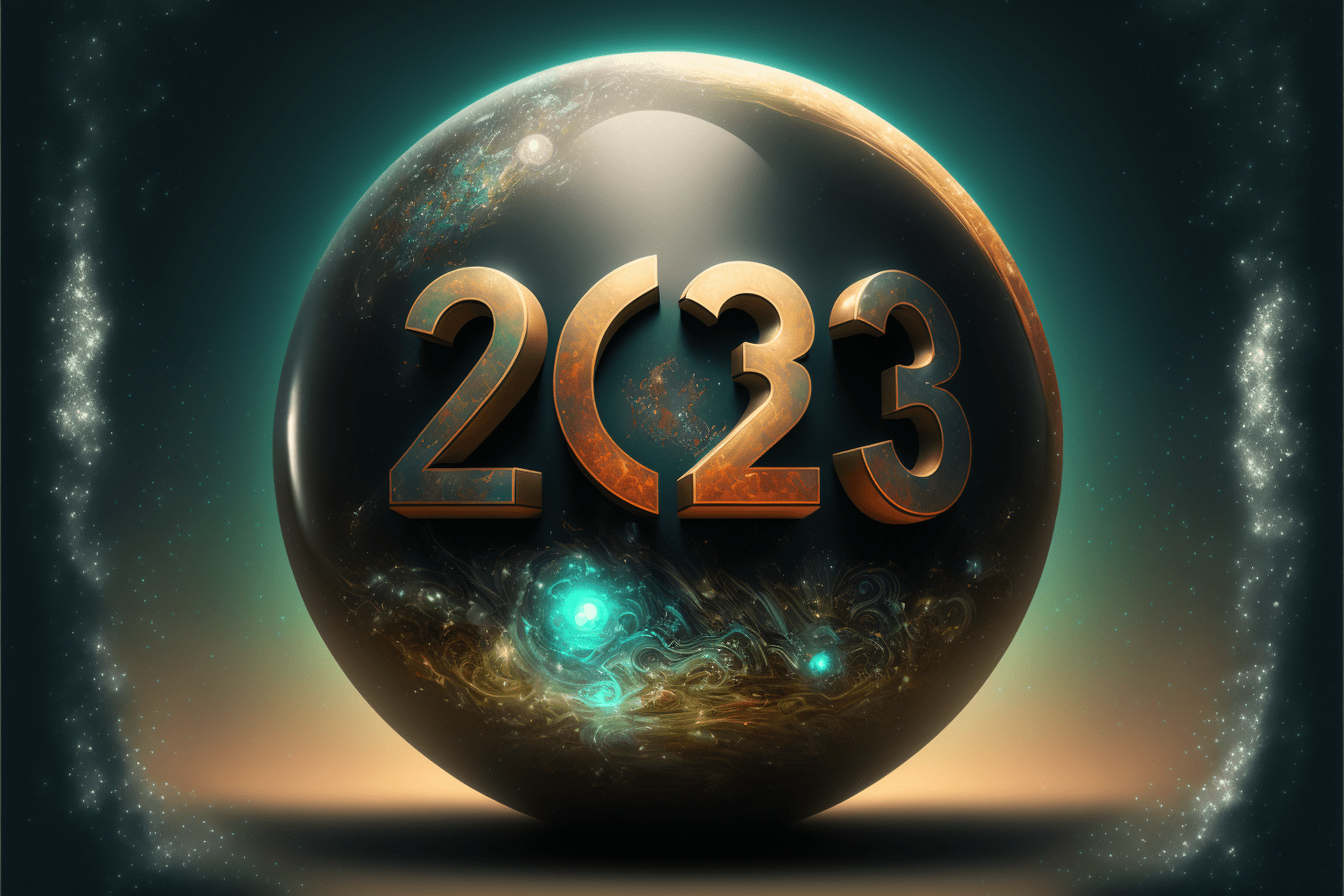 The Year of Revelation 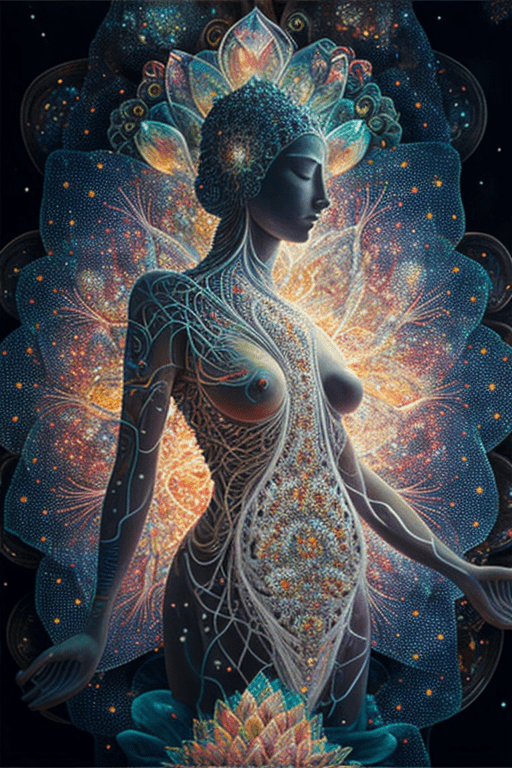 This year invites us to be more introspective. Often it is a matter of seeing things in a different light, of giving a new meaning to one's life, of perfecting oneself, of evolving towards something greater than oneself. It may be time to leave behind old patterns or habits and to see life in a new light.

Located in the Natural or Physical World (third line), representing the "I" who acts in the community, and in the attribute of Light, Knowledge, Spirituality. It is the direct embodiment of the initiating force in the material plane, because in addition to deriving from the same Attribute (column), it is linked to the 1 by its secret value (1+2+3+4+5+6+7=28=1). It is an original and initiatory 7.

Location in the matrix

The location of the number 7 in the matrix of 9 numbers corresponds to the divine reflection in the natural world. What better representative of divinity is there than the sun, the giver of light, warmth and life. 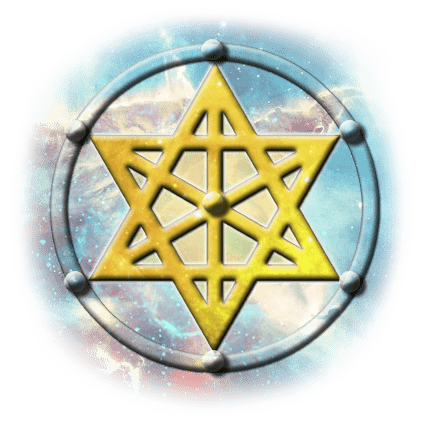 Geometrically the number 7 is equivalent to the centered hexagram

The "seventh ray" is the "Way" through which one reaches the white light. It is a sign of internalization, of the union of the manifest and the Principle.

The Centered Hexagram favors the reconciliation of opposites and allows to reach a certain form of perfection!

Influence of 2023 on your profile

Depending on your geonumerical profile, the year 2023 will have more or less influence on your path.

You can for example also have a life path 7 or be yourself in personal year 7. This would have the effect of increasing the effects of this vibration tenfold and thus amplify the challenges to be met.

Generally speaking, the star invites us to reveal ourselves through our spirit...

Consult the influence of the year 7 on your profile.

The year 2023 reveals many surprises. Placed under the sign of light and knowledge, this year is favourable to the birth of new ideas or discoveries. From the triple polarity of 2022, a central path will finally emerge.

From bottom to top

For those who remain skeptical about the existence of extraterrestrials, I strongly advise you to go and see on the internet the declarations of recognized personalities (pilots, astronauts, politicians, etc.) who testify to existing contacts... for many years.

I particularly recommend the declaration of former Russian President Medvedev or Paul Hellyer, the former Minister of Defense of Canada on this subject) or Haim Eshed, the former head of Israel's space security program who says that his country and the United States are already in contact with a "galactic federation".

So this year, remember to look up and observe. July will be a particularly good month for such observations. And perhaps you will be lucky enough, like a growing crowd today, to observe or make contact with a hyperdimensional reality.

Prediction 1: "quasi-official" revelation of the existence of extraterrestrial civilizations. 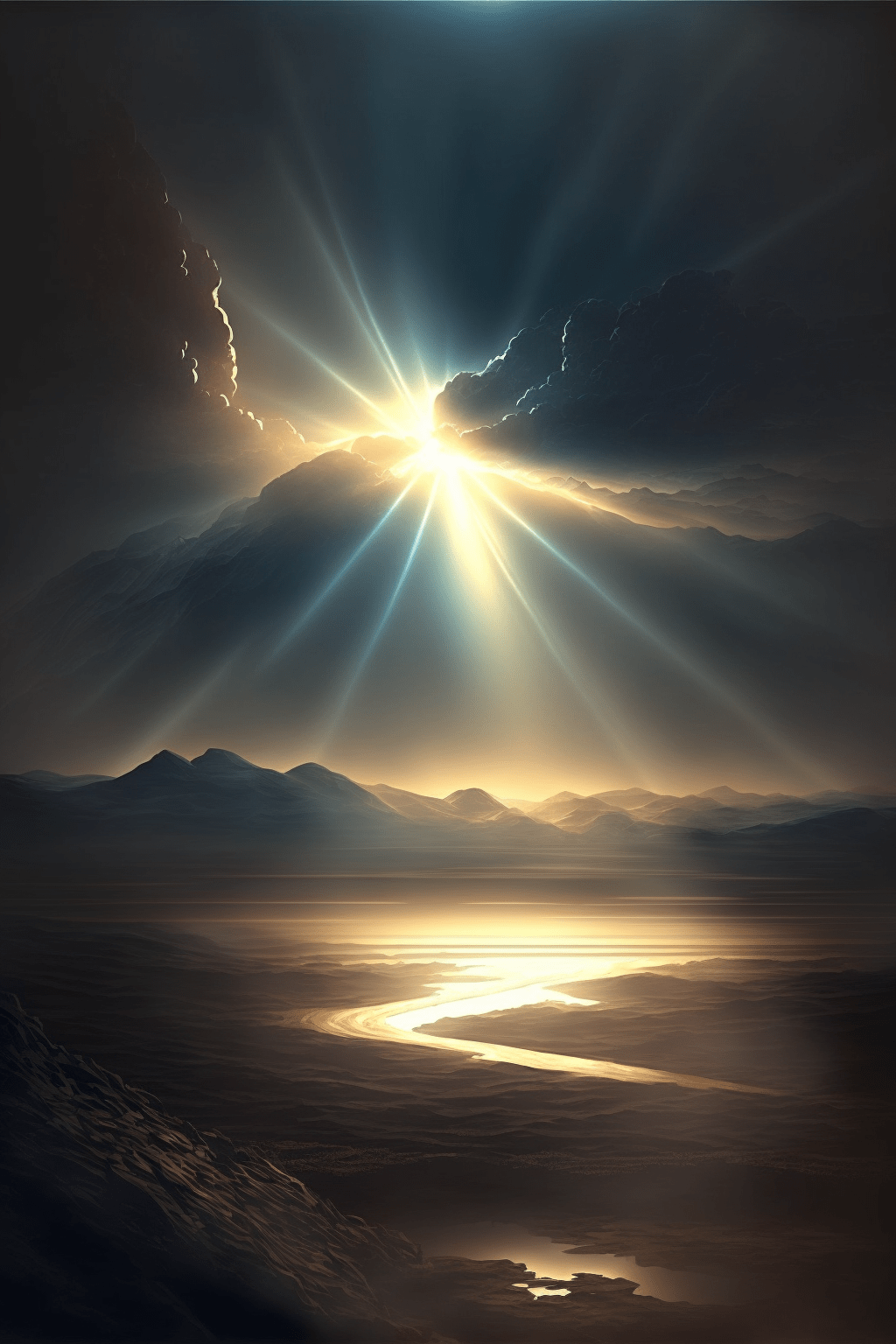 From outside to inside 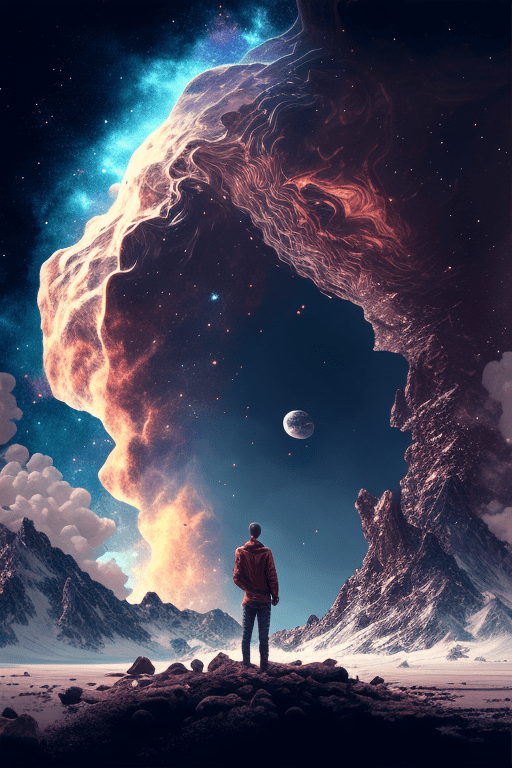 Man has made a quantum leap in terms of access to knowledge with the arrival of the internet in his daily life. Time and space have been abolished at the same time. The expansion of collective consciousness that accompanies this process represents the third wave, that of energy.

Internet seems to act more and more as an aggregator of forces bringing together elements vibrating on the same wavelength. The Gilets Jaunes are the latest glaring example.

2023 will see the emergence of a collective consciousness grouped around common principles, a new form of rational spirituality validated by an increasingly spiritual science.

Man will finally become aware of his constitution in spirit, soul and body and of his real potentialities.

Prediction 2: birth of a web collective advocating a new form of spirituality.

From the invisible to the visible

The latest discoveries from quantum theory tend to demonstrate that everything is vibration, that everything is connected, that we are all ONE in a holographic universe. The string theory joins the Music of the spheres of Pythagoras 27 centuries later.

The Soul of the World of Plato finds its letters of nobility through the concept of the morphogenetic fields which would be used as "mould" with the whole of the matter. Some spirits would even manage to get in touch with these fields, thus explaining the phenomena of intuition, synchronicities or mediumnity.

In 2023, this phenomenon will spread in a dazzling way. It will even become difficult to hide one's own thoughts from certain beings with increased psychic powers, especially from the younger generation. It is time for transparency. So make sure you keep your thoughts in check, because they may well come true more quickly than usual. 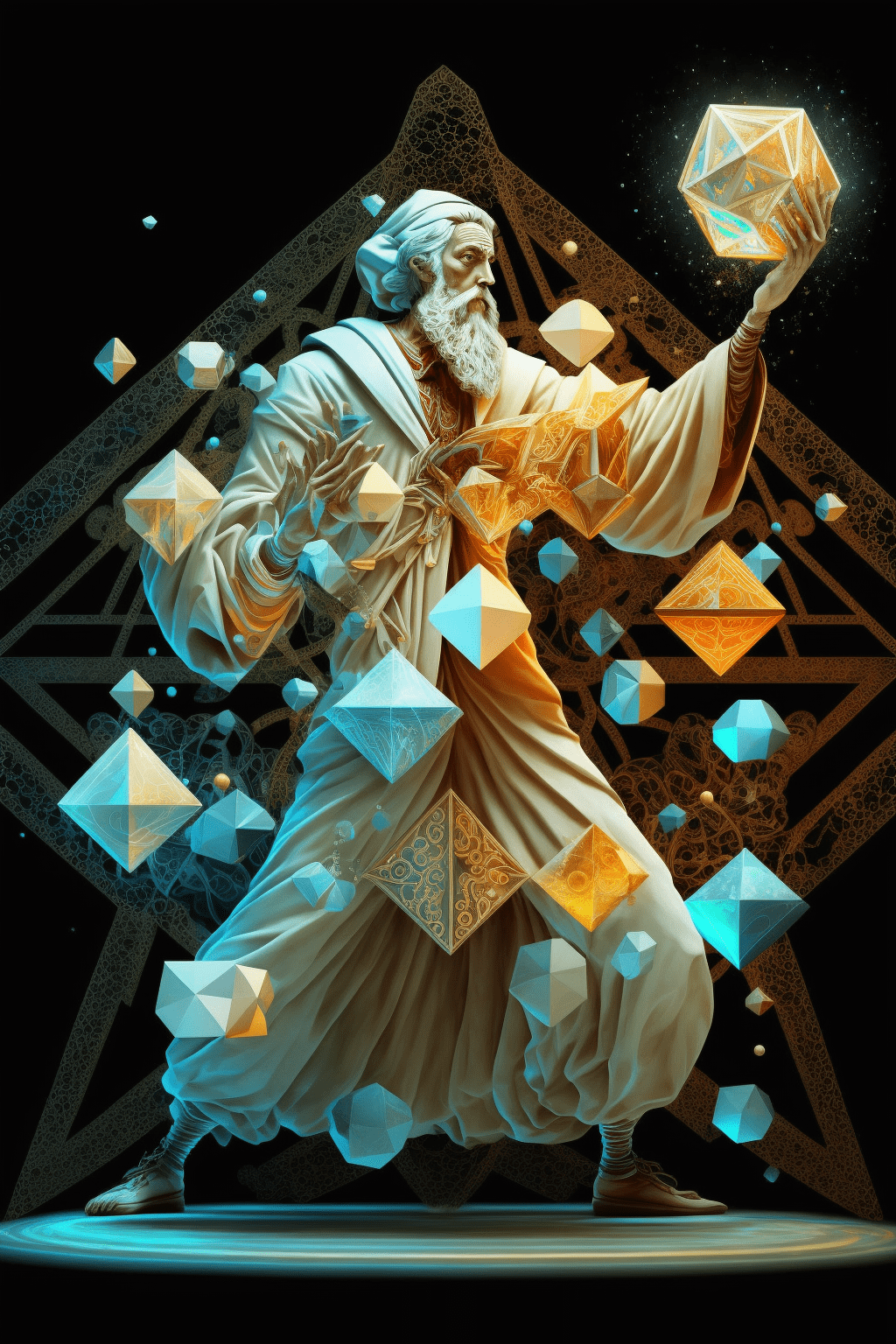 HOW TO CALCULATE YOUR PERSONAL YEAR

Influence of 2022 on your career

To find out your personal year add your day and month of birth to the current year, then reduce the total to a number.

In personal year 1, you must let your energy out from the center to the periphery while avoiding dispersion and overwork. Don't rush headlong into it either, because the path you will take this year will have repercussions in the 9 years to come. The personal year 1 favors the need to find oneself, to give a meaning to one's life. To individualize oneself also means to merge with one's higher self, to live according to one's own rules, while respecting those of others. To assert oneself without imposing oneself.

The personal year 2 is a year to let things rest, to reflect more than to act. Diplomacy and a sense of cooperation will be required in order to mitigate potential conflicts, without falling into dependence on others and lack of self-confidence. This is a year of openness to others, a year of listening and understanding, but without allowing yourself to be influenced, or to fall into sentimentality.

A fruitful year of success, creativity, contacts, meetings, communication. The need for a more intense social life, to express yourself, to externalize yourself is felt more than ever this year. From a professional point of view, favor communication in all its forms, be creative, dare to express yourself and speak up to defend your ideas. You will be surprised at your power of conviction.

Your success will depend on your perseverance and methodical, practical organization. There is no question of doing things by halves or "borderline". Devote yourself to the essential without neglecting the details. From a professional point of view, work will be at the center of your concerns this year. You will have to consolidate what you have learned while knowing how to develop a concept or an idea, because nothing stands still, everything changes.

Personal Year 6 is a year when family, home, and the search for balance and harmony are at the heart of your interests. Family or professional responsibilities will increase. You will have to be flexible and adaptable to meet the demands of your loved ones, patients or clients.

The Personal Year 7 is a year of wisdom and reflection. Step back, introspect quietly. In Personal Year 7, it is not uncommon to feel the need to stop for a moment, to take the time to reflect on your life, on the meaning you have given it up to now. It is a time for questioning and introspection. Moments of solitude with yourself will be necessary to take stock and verify if you are still in agreement with your destiny or if it is appropriate to ask yourself some questions.

The values conveyed by Personal Year 8 have to do with dynamism, courage, ambition, and self-confidence. It is a year devoted essentially to material or professional aspects. It is a sign of material success, promotion, higher income, increased power.

Purify - reflect - free yourself from the past - be altruistic

It is time to take stock. This is an opportunity to let go of the past while preparing the future to welcome the new harvest. In vibration 9, we find ourselves torn between two cycles, one that is ending and the other that is about to begin; this is not the time to start a new project but rather to look back on the last 8 years and ask ourselves if we want to do the same thing again or change our vibration.