Discover the different facets of your name 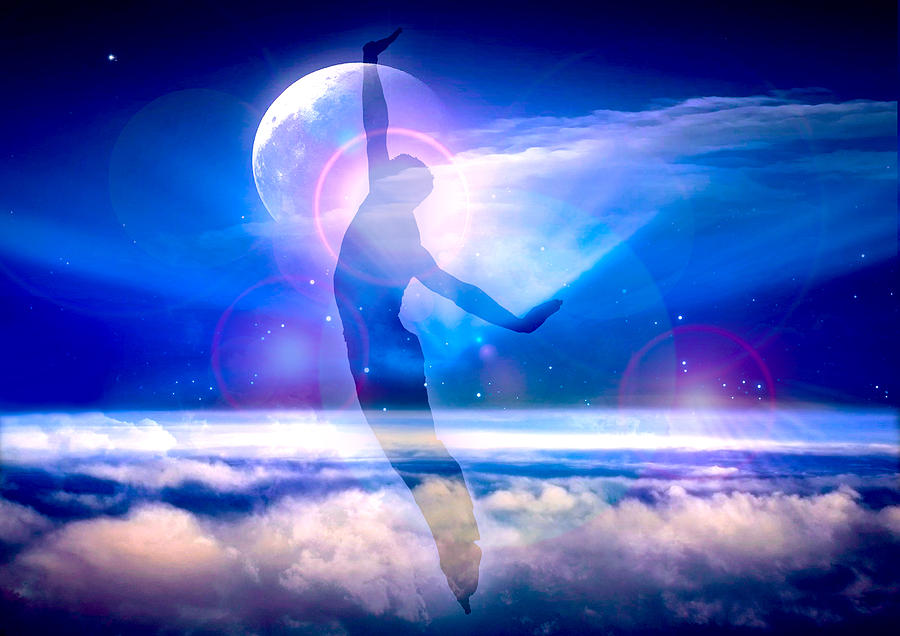 From the past to future - From above to below

The combination of your 5 personal symbols defines your internal alchemy, totally individual among more than 42.000 possibilities.

The number reflects the individual both inside and outside, in relation to others. It tells us about our personality, our strengths and weaknesses, our emotional heritage and our future.

The Name and Surname we are given at birth are charged by the energy of the numbers they represent. This will determine your dominant function, and will largely influence your path.

The number of Expression is at the center, between the influences of the past and the future results of the actions undertaken. Situated under the benevolent authority of the intimate number, or Soul Urge number, it chooses its plan of incarnation through its number of realizations.

The hereditary, or last name, and intimate numbers exert their influence most often unconsciously, whereas the active, or first name, and realization numbers are rather considered conscious. 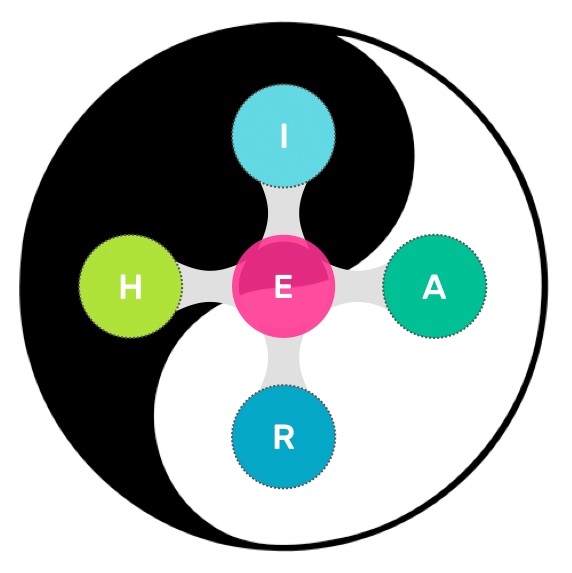 Dialogues with the angel

Summary of your personality, lived through others.

The Expression number provides the synthesis of your personality, i.e. the main features of your psychological profile, the way you behave in society. We can also talk about the perceived Ego.

It is associated with the present.

Its influence is a mixture of conscious and unconscious.

It is calculated by adding the letters of the LAST NAME and FIRST NAME . 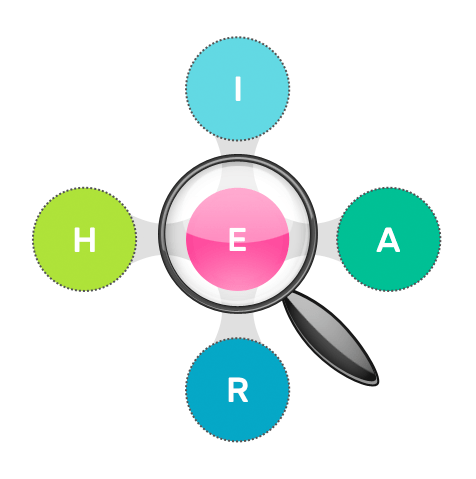 The intimate number, or Soul Urge number, represents the deep vision that you keep hidden and that pushes you to act. Ideally the number of achievements should "tend towards" the secret, or intimate number: "I achieve what I really desire".

It is associated with Providence.

Its influence is usually unconscious. One of the goals of geonumerology is to bring it to the surface.

It is calculated by adding the vowels of NAME and FIRST NAME . 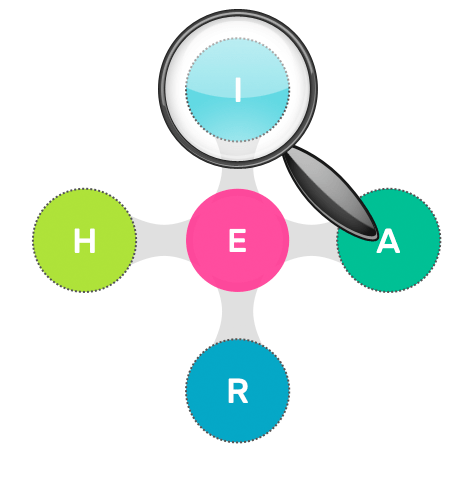 Areas in which you experience your true nature?

The realization number indicates how you act concretely on a daily basis. This number indicates the material aspect of your daily life, both on a personal and professional level, the framework in which you will evolve.

It is associated with Fate.

Its influence is generally conscious.

It is calculated by adding the consonants of the NAME and the FIRST NAME . 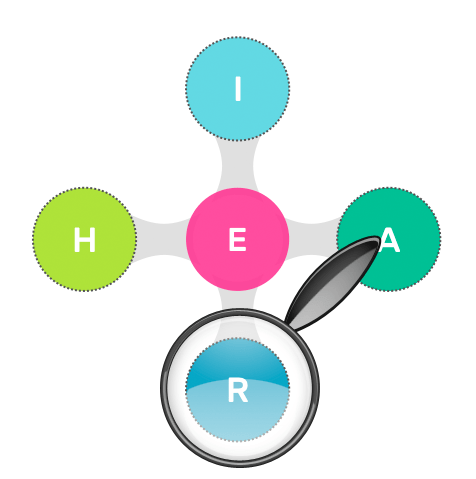 The hereditary number indicates what was passed on to you what you inherited. It represents your genetic bagages, the energy transmitted to you by your parents, which is innate. It also refers to childhood, the family home, education ... both received from our parents and then given to our children.

It is associated with the past. 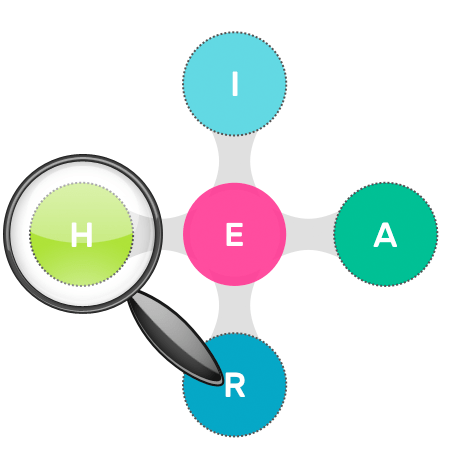 The Active, or First Name number determines the specific way you act. It essentially concerns the particular qualities linked to the individual, his or her preferred means of expression. It is through it that changes are made.

It is associated with the future because our future depends on the actions we take now.

Its influence is generally conscious.

It is calculated by adding the letters of the usual FIRST NAME. 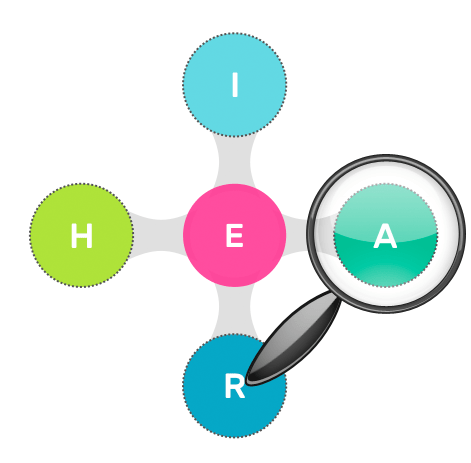 Its influence is generally unconscious.

It is calculated by adding up the numeric values of letters of the family NAME .

Only names or surnames vocalized in everyday life are important in geonumerology. Also for a married woman, it is the marital name that must be taken into account.

« The Pythagoreans assured that each letter has a certain number which designates the future; that one can guess what must happen to men by calculating the numbers contained in the letters of their proper names. »

The cross of your symbols

Introduction to psychology of numbers 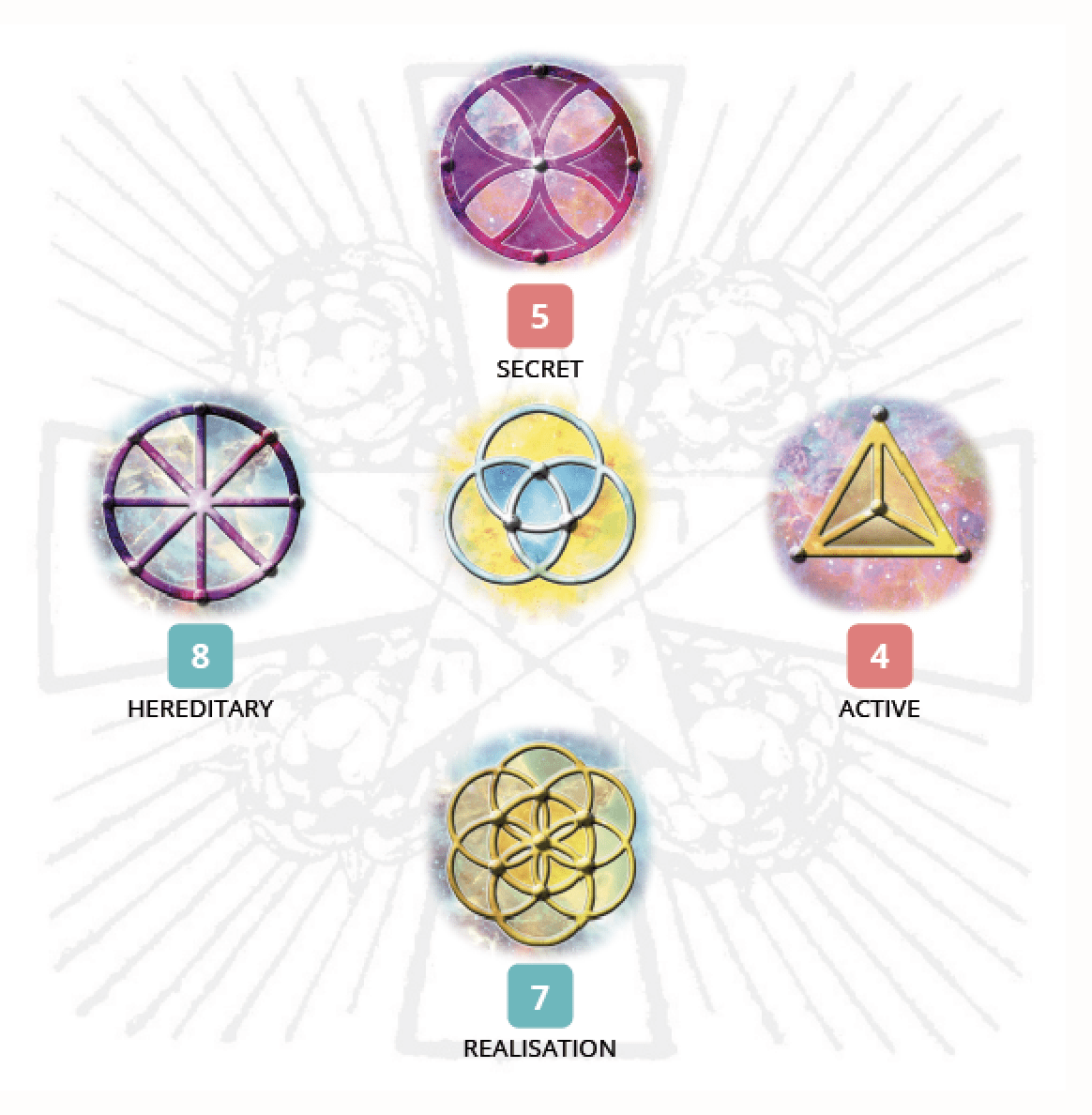 In the same way that there is a triple space (above, below and the middle), there is also a triple time: past, present and future, characterised by the horizontal axis, the line of incarnation.

The present belongs to Man, free will and corresponds to the Expression Number. The past is associated with Fate (hence its hereditary character) and the future to Providence (which depends on the actions taken throughout one’s life).

The vertical axis, which is associated with the Axis Mundi, represents our ‘verticality’, meaning our possibility to access other levels of being. This axis is itself polarised (above vs below); to be in the centre is therefore to be at the intersection of the ‘horizontal’ plane and the ‘vertical’ plane, in the here and now.

The cross expresses the relation to the ‘horizontal’ world and internalises it into ‘verticality’.

From Numerology to Psychology

Introduction to psychology of numbers

The first thing to consider in a profile is the number of active cells in the matrix. At most we will have 5 cells if the profile has 5 different numbers. Otherwise, there will be duplicate numbers, or even excess numbers (three or more in a row).

Do you have 5 different numbers, out of 9 in total? This is the ideal solution because it is the most complete. The individual is embodied with a varied numerical baggage, thus having a greater choice of courses. Otherwise you have at least one number in double, triple or even more. We speak of excess from the moment when a cell of the matrix is occupied by more than one number. The more numbers there are in the box, the greater the excess. 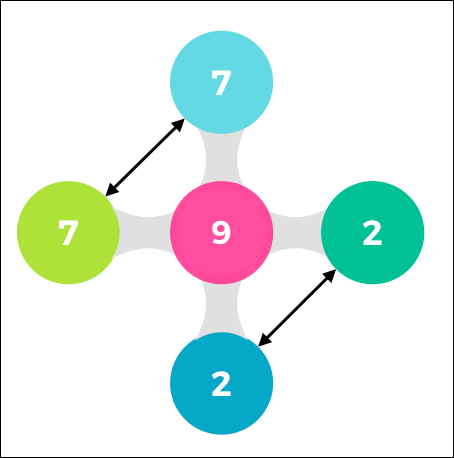 In the first case, we can think that the imitator is somehow a prisoner of the parental scheme imposed as a generational model. He may find it difficult to "be himself" and not who we would like him to be.

« To imitate or to create such is the choice and the test of any soul in the process of incarnation. The stronger a soul is, the more independent it is from the almost hypnotic influence of the model presented by previous generations. It has fewer traits modelled on the parents. It is more individuality than type. »

Meditations on the 22 Major Arcana of the Tarot ~ Valentin Tomberg

On the contrary, the individual creator is conscious of being the bearer of a pattern of his own. He carries within him the will to assert himself in accordance with his inner being, his intimate mission.

In both cases, the experience most often remains unconscious. One imitates where one seeks one's way without being conscious of it. It is more obvious with the hereditary number than with the intimate number that we sometimes let come to the surface suddenly becoming aware of our true identity.

Finally, the last three cases (AR, AE and RE) correspond to action-oriented pragmatist with concrete achievements. This is not the type to ask a lot of existential questions. They act consciously and tend to seek recognition from the community through their achievements or possessions. They operate in an action-reaction mode and are anchored in the present.

anatomy of the number 1