A psychology of Being 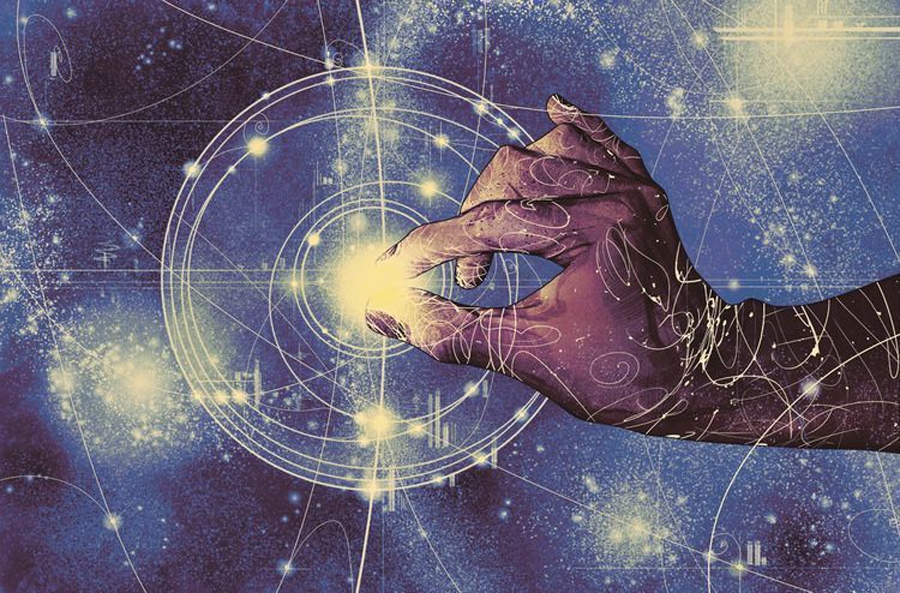 The pyramid of needs

Maslow's most well known contribution to Humanistic Psychology is the Hierarchy of Needs.

Abraham Maslow (1908-1970) is known as the Father of Humanistic Psychology, a school of thought that focused on the potential of the individual and his need for growth and self-actualization. It is based on the fundamental belief that people are innately good, and that deviating from this natural tendency results in social and psychological problems.

Humanistic Therapy is a style of therapy that emphasizes the basic goodness of human beings and their drive for creativity and self-actualization.

With its roots heavily in phenomenological and existential thought, it was pioneered by Abraham Maslow and Carl Rogers who broke with the earlier psychological thinkers like Freud and Skinner whom they felt were overly pessimistic about human nature.

Maslow's work was a turning point in psychology - before him, psychologists were preoccupied on mental illness and abnormality.

In contrast, Maslow focused on mental health. His humanistic psychology gave rise to other types of therapy that were guided by the same belief in man's innate goodness and potential for growth.

According to Abraham Maslow, humans have certain needs that must be fulfilled for healthy living.

The Hierarchy of needs is often presented as a pyramid. Forming the base are the Physiological Needs that are essential for survival. This includes the need for oxygen, water, and food. It is only when these lower-level needs are met to some degree that one can move up to fulfill other needs.

The second level is composed of Safety and Security needs, which includes finding stability and an environment where one is safe from harm. This might mean finding a stable job, having a house in a safe neighborhood, or having some money in the bank.

The third level refers to Love and Belonging Needs. This might mean having a partner or spouse, friends, family, a church group, or other support network.

The fourth level is composed of Esteem Needs, which may include the need for recognition, respect, dignity, confidence, and a sense of achievement. This might mean finishing a college degree, passing the bar exams, or getting ahead in one's career.

The first four levels are often referred to as deficiency needs (D-needs), and the top level is known as growth or being needs (B-needs). 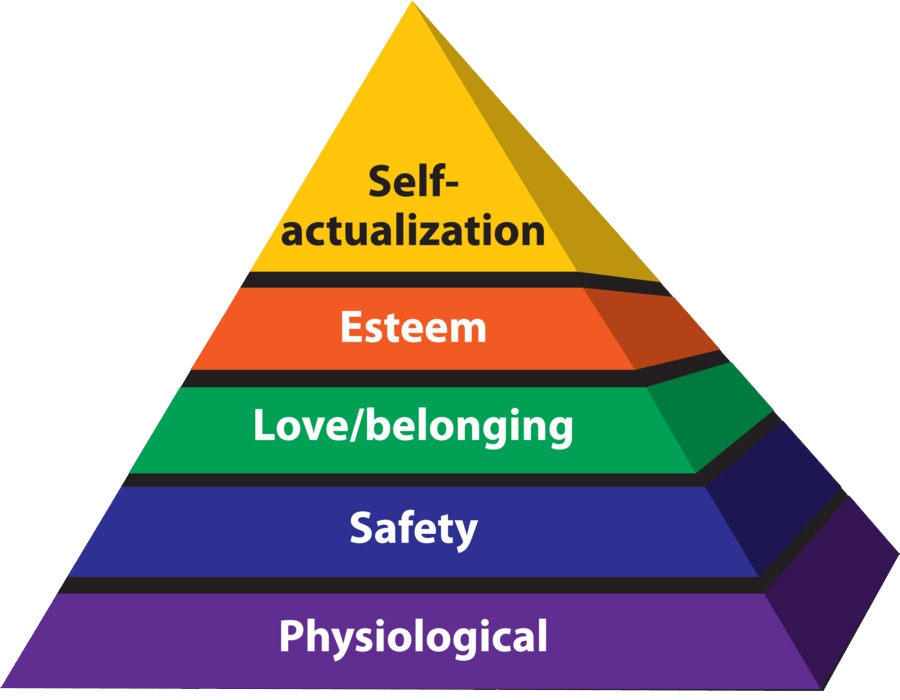 The fifth and highest level of needs is the need for Self-Actualization - the continuous need to fulfill one's potential and be the best person one can possibly be.

People who are self-actualized tend to have more "peak experiences" than those who are not. Peak experiences refer to high points in one's life - moments of extreme joy, euphoria, love, or rapture - these are defining moments when one feels whole, fully alive and in complete harmony with the universe.

According to Maslow, a peak experience involves:

"Feelings of limitless horizons opening up to the vision, the feeling of being simultaneously more powerful and also more helpless than one ever was before, the feeling of ecstasy and wonder and awe, the loss of placement in time and space with, finally, the conviction that something extremely important and valuable had happened, so that the subject was to some extent transformed and strengthened even in his daily life by such experiences. »

Individuals in progress are, without exception, engaged in a cause that does not concern them personally. They devote themselves entirely, on the occasion of a work that is particularly dear to their hearts, to what some call "vocations" in the first, monastic sense: they have been, in a certain way, "called" and love their mission to such an extent that the dichotomy of work and joy disappears in them.

One consecrates the law to his life, another to justice, another to beauty and truth. All consecrate it, in one way or another, in search of what I have called the ontic values.
There are about fifteen of them, among which are truth, beauty and goodness ancient civilizations, but also perfection, simplicity, universality and a few others. They are the values of Being.

These values represent the meaning of life for most individuals, but many do not even recognize the existence of their "Meta-needs".

For Maslow, a person is always 'becoming' and never remains static in these terms. In self-actualization, a person comes to find a meaning to life that is important to them.

As each individual is unique, the motivation for self-actualization leads people in different directions. 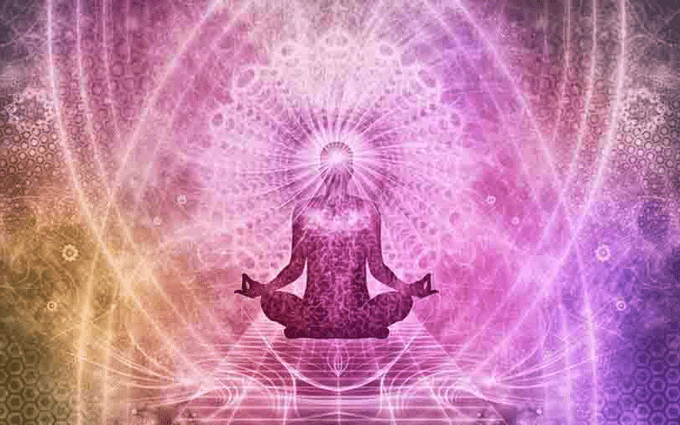 They correspond to the characteristics of accomplished subjects.

They are what many people deeply aspire to, the supreme sources of satisfaction, whether consciously or unconsciously desired.

They are the ultimate goal of psychotherapy.

Each universal value is fully and exactly defined by the totality of the other universal values. This means that the truth, to be perfectly and completely defined, must also be beautiful, good, perfect, just, simple, ordered, in accordance with the law, living, global, unitary, transcending the dichotomy. It is as if all the ethical values form a unity, each one being only a reflection of the whole.

Spiritual life is thus a component of the human essence. It is an attribute of human nature. It represents an element of our true self, of our identity, of our inner core. Our higher nature is also Our deepest nature.

Man's true fulfillment depends on communion with that which transcends him.

« If I had to sum up the book and my remarks in this preface in a few words, here is what I would say: Man possesses a superior and transcendent nature and this is part of his essence, that is, his biological nature as a member of a species that has evolved. »

What is your mission?

Maslow believed that there are five types of needs that motivate us in our every day lives. At the top of Maslow's hierarchy are self-actualization needs where people have reached their full potential and have become all that they can be. According to Maslow, few people in history are said to have self-actualized.

Accomplished subjects are committed people, who devote themselves to a task outside themselves, to a vocation or a duty oh a profession exercised with love. One can speak of a vocation of mission or call to describe the deep feeling they have for their work.

We could even use the word destiny. Something for which the person is naturally conceived, which suits him, which is adapted to him, or even for which he was born. For some mothers their vocation was to raise their children. Having a baby was total fulfillment in itself, at least for a while.

For these individuals, the profession does not have an autonomous function; rather, it is a vehicle, an instrument for the embodiment of higher values.

For a highly evolved subject the law will be more synonymous with the search for justice, truth, goodness, etc. than with financial security, respectability, prestige, status, domination.

Maslow defined Self-actualization as achieving the fullest use of one's talents and interests—the need "to become everything that one is capable of becoming."

They were also "problem centered", meaning that they treated life's difficulties as problems that demanded solutions. These individuals also were comfortable being alone and had healthy personal relationships. They had only a few close friends and family rather than a large number of shallow relationships

From Psychology to Spirituality