The main objective of Geonumerology is to promote the realization of the Self, the free and full expression of its deep nature beyond the appearances of the personality. It is in line with the work of C.G. Jung, the father of depth psychology and the inventor of the concepts of individuation, collective unconscious, archetypes, shadows, etc..

Jung differentiates between the "personal unconscious," which he recognizes as an important part of the normal psyche, and the "collective unconscious", which refers to innate psychological predispositions shared by all human beings throughout history.

Personal Unconscious is a term that is used in Carl Jung’s theories of analytical psychology. It refers to all information that is present within an individual’s mind, but not readily available to conscious recall, i.e. memories that have been forgotten or repressed. These can include childhood memories that are forgotten, or traumatic memories that the mind has blocked from conscious memory.

According to Carl Jung, each person not only has their own unique unconscious mind, but also shares some elements of unconsciousness with all other people. He called this shared unconscious, the collective unconscious.

Jung suggested that there are archetypes (images and memories of important human experiences) that are passed down from generation to generation. These archetypes can be common designs, shapes, colors, and figures seen over and over again throughout time.

Jung also developed a theory of personality, which defines eight personality types based on the opposing attitudes of introversion and extroversion.

Jung further identified four functions of the personality: feeling, thinking, sensation, and intuition. Feeling and thinking refer to rational thought processes that allow us to understand the value and meaning of things. Sensation and intuition are non-rational functions by which we perceive the world - either through our sense organs (sensation), or by means of an unconscious process (intuition). 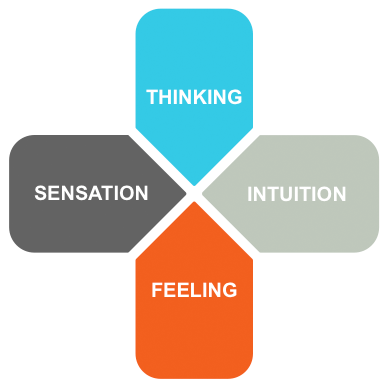 An Extrovert is a person who tend to focus on the external world and people. The extroverted attitude is characterized by an interest in events, beings and things, a relationship, a dependence on them. It is motivated by external factors and greatly influenced by the environment. Extroverts may be more outgoing in that they gain energy from the other people and the external environment, and usually prefer to be with others.

The term Introvert refers to a person who as an attitude of withdrawal, inwardly oriented, focused on subjective factors, influenced mainly by intimate necessity. She prefers reflection to action.

What about the ambiverts?

These personality types formed the basis of the Myers-Briggs Type Indicator (MBTI), which is the world's most widely used personality assessment tool used to determine how a person perceives the world and makes decisions.

« In most people, one of the functions is exercised, developed, differentiated with predilection, to the detriment of the others which vegetate in a more or less advanced unconsciousness, which causes in these subjects a singular unilaterality. »

The principle of Individuation

The Circle, symbol of Self

Jung uses here the notion of circumference to define the Self because it is most often symbolically represented by the circle, the circle means the whole, the unification, the protective envelope, the separation between the inside, the Self and the outside, the non-self. 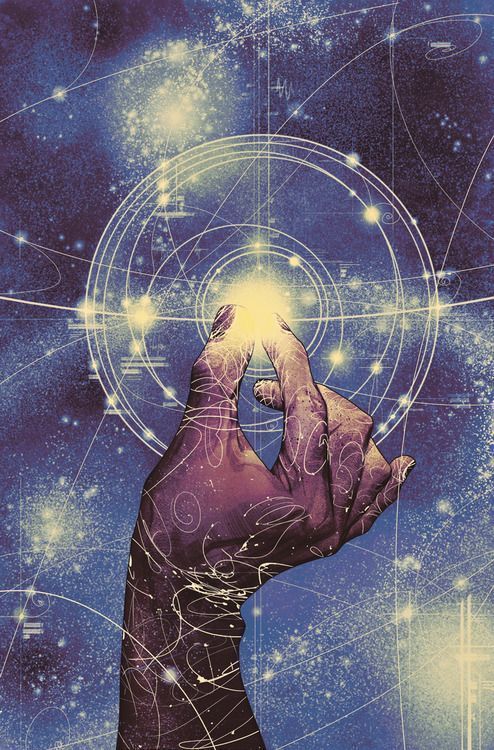 The layers of Personality 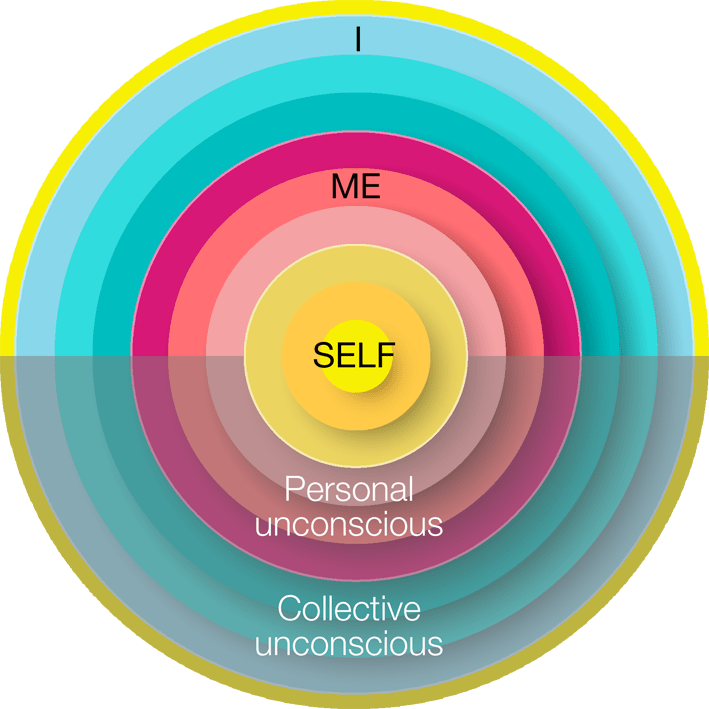 In humans this circle seems to have several layers:

There is an unconscious part in the "Me" as well as in the "I", the collective unconscious. This is the invisible part that we can access by expanding our self-consciousness

The realization of the self means that an individual becomes as originally as possible what he is called to be by the development of his own qualities.

The individuation designates the passage from a general form to a singular, single and irreducible (indivisible) being.

CG Jung had a very high conception of individuation: it was not simply the fact of being someone singular - we all are - but the fact of reaching a state of self-fulfillment: becoming a "total man". An adult reaches the stage of individuation when he has finally found his "own way" after a long personal journey.

This implies that every individual is at the same time a compound, a component and an entity of its own. Composed of integrated layers of self superimposed on the image of Russian dolls. Component because it is often integrated into larger sets (family, work, etc.). But it still forms an entity of its own with its borders, its self-preservation devices and exchange with its environment.