From Numerology to Geometry

The geometrical representation of the number in space 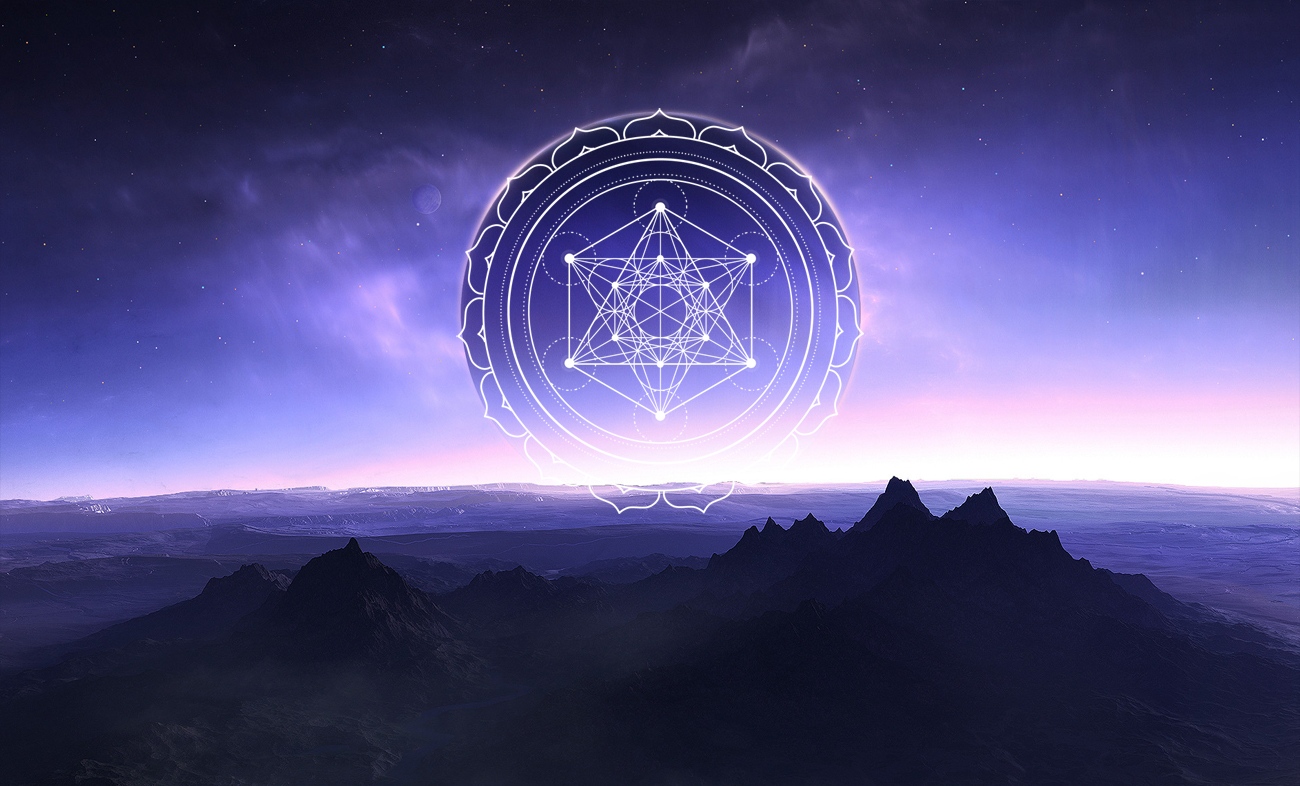 Thought brings forth the idea of form, highlighting the link between mind and matter, the invisible and the visible. Symbol are representative of ideas.

In antiquity, calculations were made using small pebbles, called calculi in Latin, that were arranged to form two and three dimensional harmonious geometric shapes.

« Each number responds to a characteristic idea and hieroglyph, so that the laws of number combinations verify the combination of symbols and ideas. (...) This law is one of the best keys to open the ancient mysteries. » 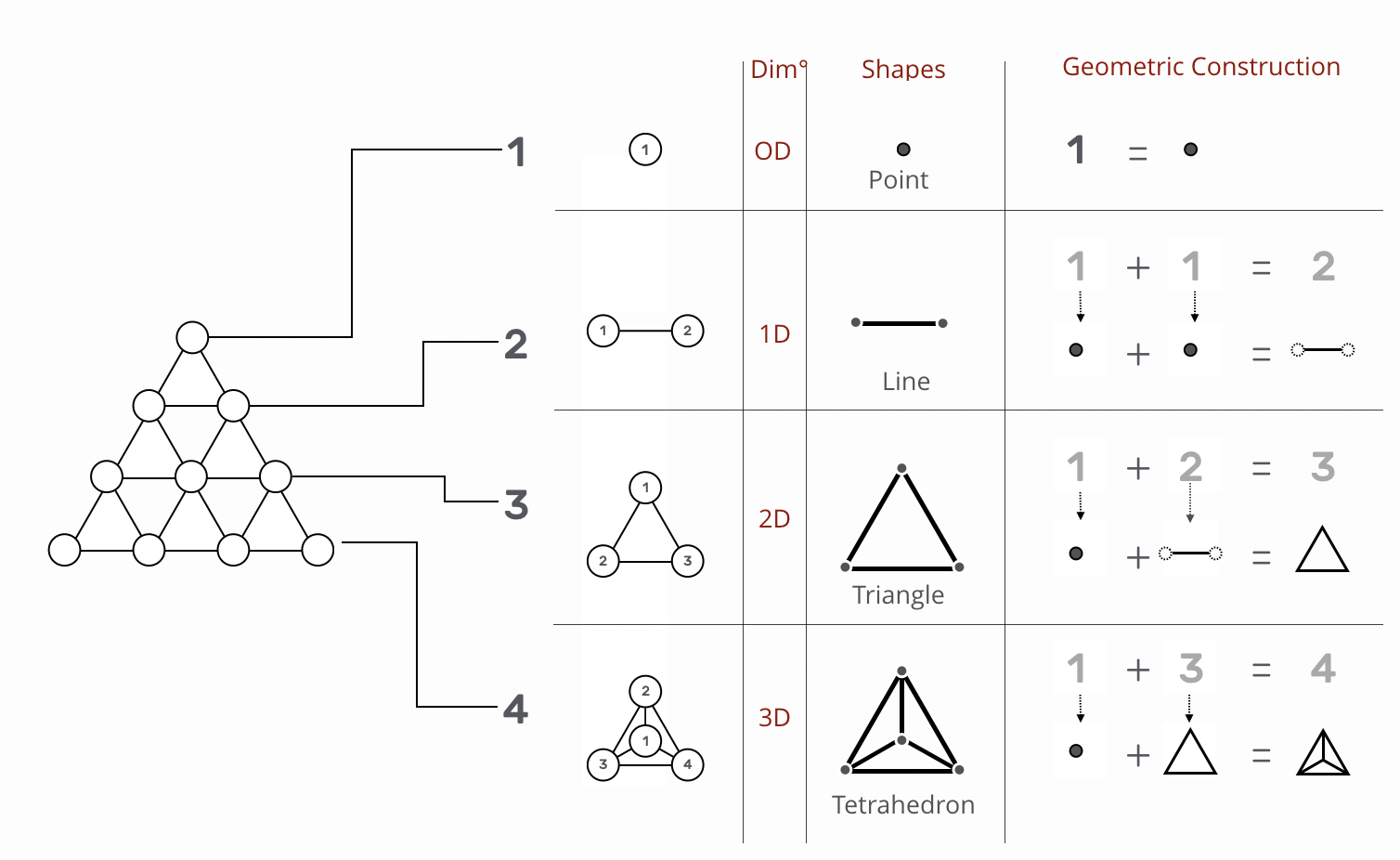 Each of the 29 source numbers is attributed its own symbol that is drawn according to its decomposition :

One of the most notable symbols associated with Pythagoras is certainly the famous Tetractys, which he describes as a “symbol immense and pure, Source of Nature and model of the Gods.“ It is the sum of all Pythagorean teachings.

« All that exists in the bodily nature, all the forms, the slightest features, are and can only be meetings, combinations, or divisions of the primitive signs which are numbers. Nothing can appear among the sensible things that are not written by them, that do not descend from them and that do not belong to them, just as all possible figures of Geometry will always be composed of points, lines, circles or triangles.

Natural Table of the Relationships that exist between god man and the universe LC. of St. Martin

Just as the genetic code of the man is summarized in a language made up of 4 elementary bricks (ATCG), in the same way all the matter results from geometrical combinations which exist between the atoms, all the symbols of the geonumerology are derived from the combination of five archetypal forms, regarded as a true alphabet in itself (Cf the archaic language Watan of which Fabre d' Olivet speaks in his Archéomètre).

Each number has a meaning, and the language of numbers only becomes clear and readable in the light of shapes.

« These are not inherited representations, but an innate disposition to form analogous representations, that is to say identical universal structures of the psyche that I later called: collective unconscious. I called these structures archetypes. They correspond to the biological concept of pattern of behaviour. »

The three archetypal geometric models (circle, triangle and square) are for the geonumerologist like the three primary colors for the painter or the four letters of DNA for the geneticist. The assembly of these three models gives rise to all the other geometric forms. 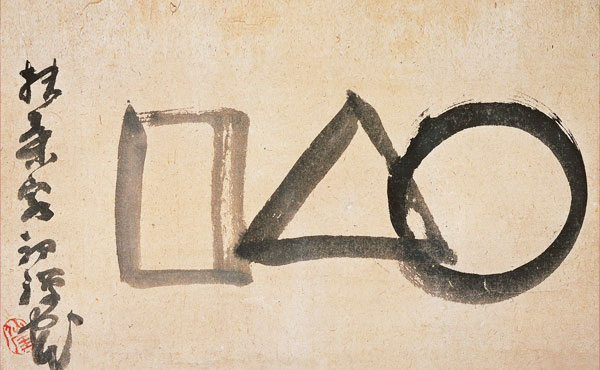 From unity to multiplicity 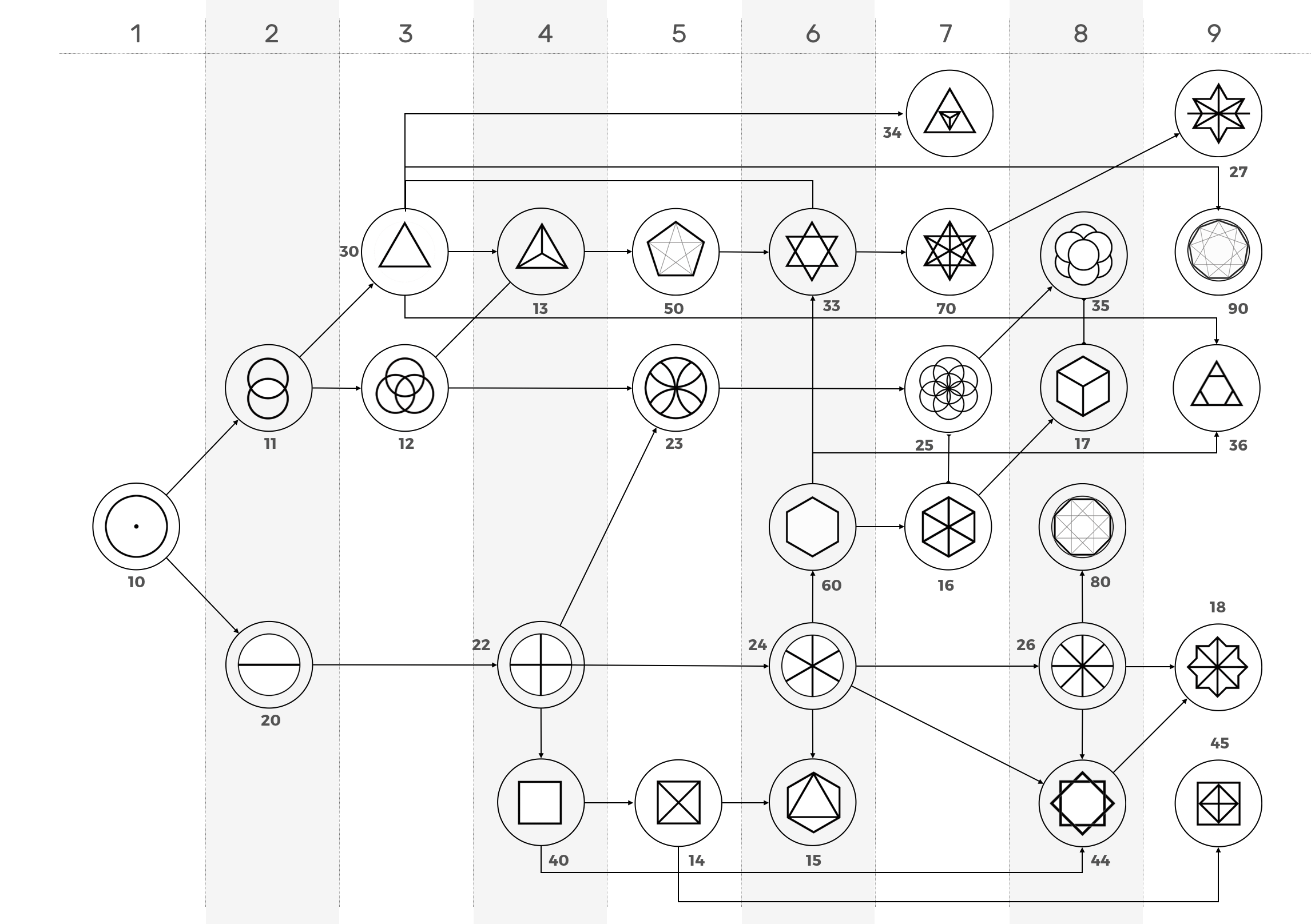